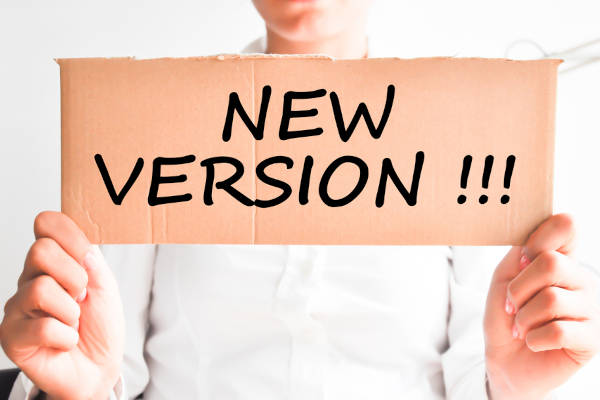 syslog-ng 3.37 has just been released, packages available in various platforms this week. You can get the detailed release notes on the github releases page, however I felt this would be a good opportunity to revisit my draft on the syslog-ng long term objectives and how this release builds in that direction.

The Edge: deployment and CI/CD

Being better at the edge means that we need to improve support for use-cases where syslog-ng is directly deployed on the node/server or is deployed close to such nodes or servers. One way to deploy syslog-ng is to use a .deb or .rpm package, but more and more syslog-ng is used in a container. Our production docker image is built based on Debian. Creating this image has been a partially manual process with all the issues that this entails.

With the merge of PR #4014 and #4003, Attila Szakács automated the entire workflow in a beautiful set of GitHub Action scripts, so that:

While we have pretty good, automated unit and functional tests, we did not test the installation packages themselves. Until now. András Mitzky implemented a smoke tests for the packages themselves, doing an install & upgrade and a start-stop test.

Increasingly, the edge is often running on an orchestrated, container based infrastructure, such as Kubernetes. Using syslog-ng in these systems were possible but required manual integration. With the merger of PR #4015, this is becoming more out of the box, expect another blog post on this in the coming days.

syslog is used as an infrastructure for logging serving a wide variety of applications. For these applications, logging is not a primary concern, unfortunately. The consequence is that they often produce invalid or incorrect data. To handle these applications well, we need to cater for these issues.

For instance, certain Aruba products use a timestamp like this:

Looking at this, the problem might not even be apparent: it uses a comma to separate seconds from the fractions part.

You might argue that this is not an important problem at all, who needs fractions anyway?

There are two issues with this:

And this is not the only similar case. See for this pull request for example for a similar example.

This is exactly why application awareness is important, fixing these cases means that your log data becomes more usable as a whole.

Usually it is not the programming of the solution that is difficult here, rather the difficulty lies in having to learn that the problem exists in the first place. If you have a similar parsing problem, please let us know by opening a GitHub issue. The past few such problems were submitted to us by the Splunk Connect for Syslog team, thanks for their efforts. Btw, sc4s is great if you want to feed syslog to Splunk and it uses syslog-ng internally.

On a similar note, we have improved the cisco-parser() that extracts fields from Cisco gear and added a parser for MariaDB audit logs. Both of these parsers are part of our app-parser() framework.

There are a few other features I find interesting, just a short summary 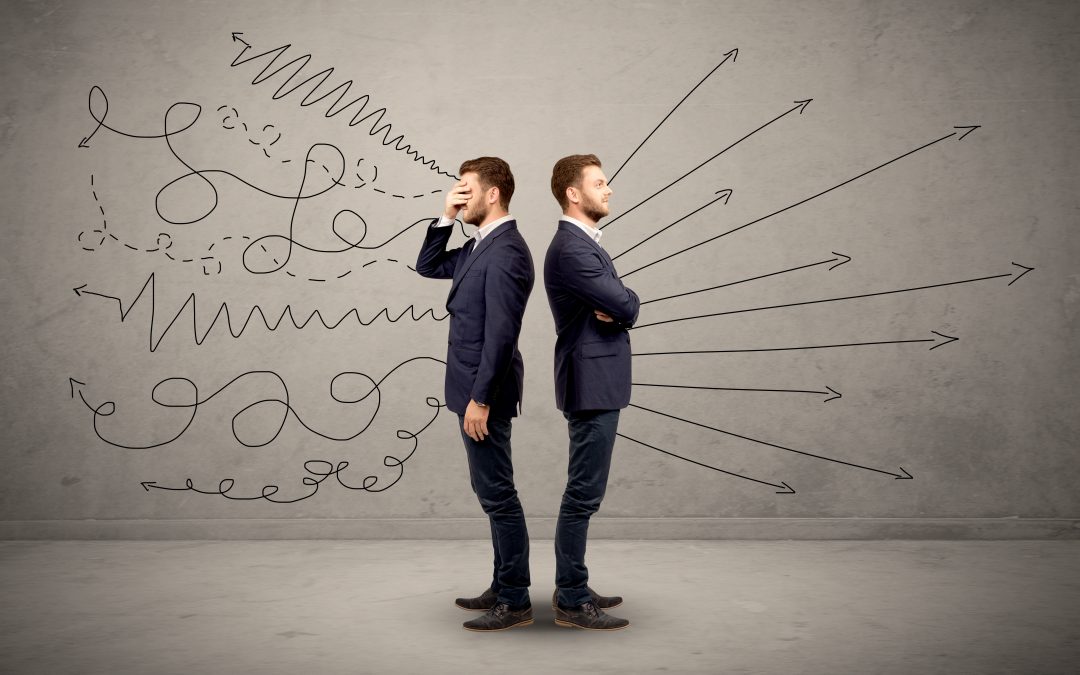 syslog-ng on the long term: a draft on strategic directions

I made a promise some posts ago that I would use this blog both for collecting feedback and to provide information about potential next steps ahead of syslog-ng. In the same post, I also promised that you, the syslog-ng community, would have a chance to steer these directions. Please read on to find out how to do that.

In the past few weeks I performed a round of discussions/interviews with syslog-ng users. I also spent time looking at other products and analyst reports on the market. Based on all this information I’ve come up with a list of potential strategic directions for syslog-ng to tackle. Focusing on these and prioritizing features that fall into one of these directions ensures that syslog-ng indeed moves ahead.

When I performed similar goal setting exercises in my previous CTO role at Balabit, our team made something similar:

syslog-ng is an Open Source project, so I wanted to involve the community somehow. Organizing a brainstorming session sounds difficult on-line (do you know good solutions for this?). So I wanted to create an opportunity to talk with the broad community about my thoughts somehow, in a way that leads to a useful conclusion. This is the primary intent behind this post.

Please give your feedback via this form https://forms.gle/xJ2heSHeVb7ZHUHH9, write a comment  on the blog or drop me an email. Thanks.

syslog-ng has traditionally been used as a tool for log aggregation, e.g. working on the server side. That’s why its CPU and memory usage has always been in focus. Being able to consume a million (sometimes millions!) of messages a second is important for server use-cases, however I think that in exchange for this focus, syslog-ng has neglected the other side of the spectrum: the Edge.

The Edge is where log messages are produced by infrastructure and applications and then sent away to a centralized logging system.

syslog-ng trackles the original “syslogd-like” deployment scenarios on the Edge, but lacks features/documentation that make it easy to deploy it in a more modern setting, e.g. as a part of a Kubernetes cluster or as a part of a cloud-native application.

Apart from the deployment questions, I consider The Edge to be also important for improving data quality and thus improving the usefulness of collected log data. I see that in a lot of cases today, log data is collected without associated meta-information. And without that meta information it becomes very difficult to understand the originating context of said log data, limiting the ability to extract insights and understanding from logs.

These are the kind of features that fall into this bucket, in no particular order:

The cloud is not just a means to deploy our existing applications to a rented infrastructure. It is a set of engineering practices that make developing applications faster and more reliable. Applications are deployed as a set of microservices, each running in its own container, potentially distributed along a cluster of compute nodes. Components of the applications managed via some kind of container orchestration system, such as Kubernetes.

Being friendly to these new environments is important, as new applications are increasingly using this paradigm.

The term observability roots in control theory, however it is increasingly applied to the operations of IT systems. Being observable in this context means that the IT system provides an in-depth view into its inner behaviours, making it simpler to troubleshoot problems or increase performance. Observability today often implies three distinct types of data: metrics, traces and logs.

I originally met this term in relation to Prometheus, an Open Source package that collects and organizes application specific metrics in a manner that easily adapts to cloud native, elastic workloads. Traditional monitoring tools (such as Zabbix or Nagios) require a top-down, manual configuration, while Prometheus reversed this concept and pushed this responsibility to application authors. Applications should expose their important metrics so that application monitoring works “out-of-the-box”. This idea quickly gained momentum as manually configuring monitoring tools to adapt automatically scaled application components is pretty much impossible.

Albeit observability originally comes from the application monitoring space, its basic ideas can be extended to cover traces and logs as well.

syslog has been a great invention: it has served us in the last 40-45 years and its importance continues into the future. Operating systems, network devices, IoT, applications, containers, container orchestration systems can all push their log data to syslog. For some of those, using syslog is the only option.

In a way syslog is the common denominator of all log producing IT systems out there and as such it has become the shared infrastructure to carry logs in a lot of environments.

In my opinion, the success of syslog stems from the simplicity of using it: just send a datagram to port 514 and you are done. However this simplicity is also its biggest limitation: it is under-specified. There have been attempts at standardization (RFC3164 and RFC5424) but these serve more as “conventions” than standards.

The consequence is that incompatible message formats limit the usefulness of log data, once collected in a central repository. I regularly see issues such as:

Sometimes it’s not the individual log entry that is the problem, rather the overly verbose logging format that becomes difficult to work with once you start using it for dashboards/queries:

syslog-ng has always been good in the various heuristics to properly extract information even from incorrectly formatted syslog messages, however there are extreme cases where applications omit crucial information or use a syntax so far away from the spec that even syslog-ng is unable to parse the data correctly.

Application awareness in this context means the ability of fixing up the syslog parsing with the knowledge of the application that produced it. It is difficult to craft heuristics that work with all incorrect formats, however once we start with identifying the application, then we can correctly determine what the log message was intended to look like. Fixing these issues before the message hits a consumer (e.g. SIEM) helps a lot in actually using the data we store.

Also, being application aware also implies that log routing decisions can become policy aware. “Forward me all the security logs” is a common request from any security department. However actually doing this is not simple: what should constitute as “security”? Being application aware means that it becomes possible to classify based on applications instead of individual log messages.

syslog-ng is a domain specific language for log management. Its performance is a crucial characteristic, but the complexity of operations performed by syslog-ng, still within the log management layer has grown tremendously. Making syslog-ng easier to understand, errors and problems easier to diagnose is important in order to deal with this complexity. Having first class documentation is also important for it to succeed in any of these directions, described above.

So albeit not functionality by itself, I consider User friendliness a top-priority for syslog-ng.

Those are roughly the directions I have in mind for the future of syslog-ng. If you disagree or have some comments, please provide feedback via the form at: https://forms.gle/xJ2heSHeVb7ZHUHH9